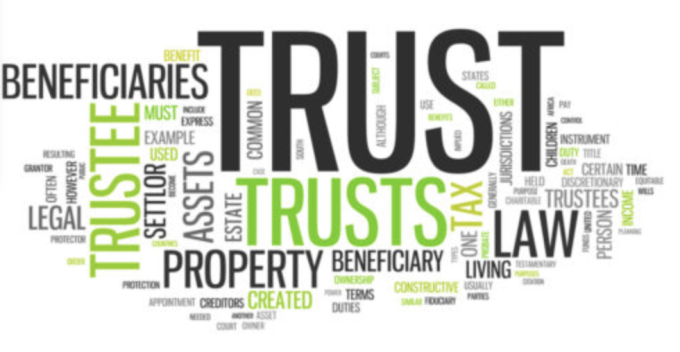 This article deals with the issue of whether double taxation can occur; i.e. the trust and the beneficiary both pay tax. Definitions, explanations and clauses from the Income Tax Act are plentiful in this article; please be prepared for a lengthy discussion.

A trustee is the representative taxpayer of a trust. The income of a trust may, depending on the circumstances be taxed in the hands of the following:

Where the trust itself is taxed, it is taxed at a flat rate of 45%. Special trusts are taxed on a sliding scale from 18% to 45% (same as natural persons).

There are a number of ways in which trusts in South Africa can be classified.

An “ownership trust”, the founder or settlor transfers ownership of assets or property to a trustee(s) (in a fiduciary capacity) to be held for the benefit of defined or determinable beneficiaries of the trust.

An “inter vivos trust” is created during the lifetime of a person by way of an agreement (contract) between the founder and the trustee(s).

A “testamentary trust” is set up in terms of the will of a person and comes into effect after their death.

A “vesting trust” – trusts where income, capital gains or assets are vested to a beneficiary in terms of the trust instrument.

A “discretionary trust” – a trust where the trustee(s) in terms of the trust instrument, has the right to vest income, capital gains, assets or retained amounts in that trust, to its beneficiaries.

A “hybrid trust” – the majority of trusts in South Africa will have vested and contingent rights provided for in the trust instrument. In other words, a combination of the vesting trust and the discretionary trust mentioned above.

Specific application trusts – trusts may be classified as a type of trust based on the application of the trust.

For tax purposes the following types of special trusts are recognised:

Special Trust Type A – a trust created solely for the benefit of a person(s) with a mental or physical “disability” as defined in section 6B(1) of the Act.

Special Trust Type B – a trust created solely for the benefit of a person(s) who is a relative of the person who died and who are alive on the date of death of that deceased person (including those conceived but not yet born), and the youngest of the beneficiaries is younger than 18 years on the last day of the year of assessment.

All trusts need to register with SARS.

Trusts do not qualify for any of the rebates provided for in Section 6 of the Income Tax Act.

In order to claim the benefits applicable to a Special Trust Type A (for example relief from Capital Gains Tax under certain circumstances), the trustees should apply at a SARS branch for classification.

From the tax law; clauses and definitions:

Section 25B – Income of trusts and beneficiaries of trusts

(2) Where a beneficiary has acquired a vested right to any amount referred to in subsection (1) in consequence of the exercise by the trustee of a discretion vested in him or her in terms of the relevant deed of trust, agreement or will of a deceased person, that amount shall for the purposes of that subsection be deemed to have been derived for the benefit of that beneficiary.

(2A) Where during any year of assessment any resident acquires any vested right to any amount representing capital of any trust which is not a resident, that amount must be included in the income of that resident in that year, if:

(a) that capital arose from any receipts and accruals of such trust which would have constituted income if such trust had been a resident, in any previous year of assessment during which that resident had a contingent right to that amount; and

(b) that amount has not been subject to tax in the Republic in terms of this Act.

(3) Any deduction or allowance which may be made under the provisions of this Act in the determination of the taxable income derived by way of any amount referred to in subsection (1), must, to the extent to which that amount is under that subsection deemed to be an amount which has accrued to:

(7) Subsections (4), (5) and (6) do not apply in respect of any amount which is deemed to have accrued to any beneficiary in terms of subsection (1), where that beneficiary is not subject to tax in the Republic on that amount.

Adding on to clause 7, is sub-section 8 related to residents and their tax obligation (“When income is deemed to have been accrued or to have been received”)…

The question that probably arises is “what does this all mean?”. The issue is whether double taxation can occur; i.e. the trust and the beneficiary both pay tax.

section 7(8) requires that any income received by or accrued to the non-resident trust be included in the donor’s income.

The effect of the words “subject to the provisions of section 7” in section 25B(1) is that if there is a conflict, inconsistency or incompatibility between section 25B(1) and section 7(8), section 7(8) is given dominance and will prevail. In other words, to the extent that the income has been attributed to the donor, it is not taken into account by a resident beneficiary in whom it has been vested.

In South Africa, Tax Court cases dealing with taxation of a trust and the beneficiaries have arisen and the outcome thereof provide a clear understanding of the tax interpretation for these cases. Distributing the gains from the trust is the case in point.

The “conduit principle” with regard to trusts is something to take note of. Income or gains that are realised inside a trust, can “flow through”, or be distributed to the beneficiaries of the trust, while retaining the nature of the income.

This means that dividends received get passed on as dividends and taxed as dividends, that interest earned and distributed gets taxed as interest, and that capital gains that are distributed get taxed as capital gains. These amounts are then taxed in the hands of the beneficiaries and NOT the trust. The fact that the nature of the income is also retained is very important, as natural persons receive certain exemptions, exclusions and/or rebates on certain items and get taxed differently.

In terms of paragraph 80 of the Eighth Schedule of the Income Tax Act, where a capital gain is vested in a beneficiary of the trust, the trust will not have that gain included in its own tax calculation, but it will be taxed in the hands of the beneficiary.

This means that where a trust deed authorises the trustees to do so, the trustees are able to distribute the capital gains of the trusts, vesting it in the beneficiaries. It is also possible to distribute the gains to multiple beneficiaries, each paying at their assumed lower marginal tax rate and each having their own annual exclusion amount. Substantial capital gains tax savings can thereby be achieved.

It is important to keep in mind that to achieve savings of this nature, the capital gain has to be allocated to a resident natural person in the year in which it was realised by the trust. Many trusts have beneficiaries that include another trust. If the gain passes to another trust first and then to an ultimate beneficiary of the second trust, the higher effective tax rate applies.

From Section 26B of the Income Tax Act, taxable capital gains – which are to be included in a taxpayer’s taxable income – are to be determined in terms of the Eighth Schedule to the Act.

On 20 January 2021, an amendment to section 25B(1) was promulgated to the effect that the previously wide concept of “any amount” as contemplated in this subsection has now been qualified to exclude “amount[s] of a capital nature which [are] not included in gross income or an amount contemplated in paragraph 3B of the Second Schedule”.

The Tax Court stated that the impact of this amendment would be to trap certain capital gains and lump sums in the trust in order to ensure that they are taxed in the trust rather than in the hands of the beneficiaries of the trust. The attribution of the capital gains of a trust to its beneficiaries is specifically dealt with in paragraph 80 of the Eighth Schedule.

All things considered, taxation of a trust and the beneficiaries depend on the mechanisms and structures involved; use of the “conduit principle” with regard to trusts is something to take note of.

Income or gains that are realised inside a trust