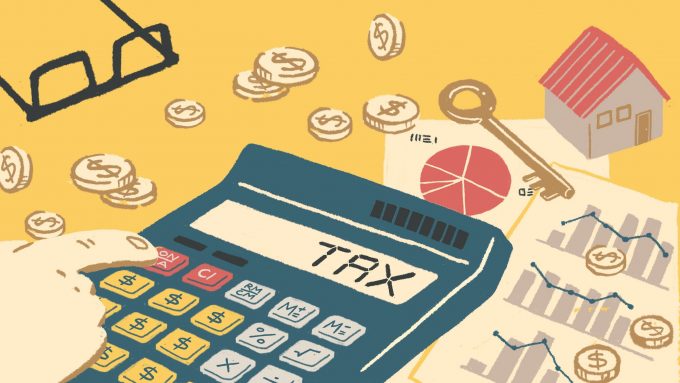 Before the TAA came in to use, the Income Tax Act provided that SARS could only issue an additional assessment more than three years after the date of the original assessment if the Commissioner was satisfied that the failure to assess the amount was due to fraud or misrepresentation or non-disclosure of a material fact.

Matters however have changed since then. The pertinent clauses from the TAA Act are:

“Subsection (1) does not apply to the extent that: (a) in the case of assessment by SARS, the fact that the full amount of tax chargeable was not assessed, was due to:

(i) fraud;
(ii) misrepresentation; or
(iii) non-disclosure of material facts…”

SARS places reliance on section 99(2)(a) of the TAA and in a recent Supreme Court of Appeal case with SARS and Spur, the court noted specific omissions or misstatements in the relevant returns.

Arriving at the judgement of the case, SARS had to prove that its failure to assess amounts within the three-year period was caused by the behaviour prescribed in section 99(2)(a). Section 102 of the TAA, which deals with the burden of proof in disputes with SARS, does not place such a burden on SARS.

In the Supreme Court of Appeal (“SCA”) case of October 2021, the question whether the limitation period could be bypassed was recently considered in the matter of Commissioner for the South African Revenue Service v Spur Group Limited [2021] ZASCA 145 (15 October 2021).

SARS had conducted an audit of the returns issued by the taxpayer (“Spur”) for the period 2005 to 2009. In the course of its examination, it identified that in 2005 Spur had made a payment to an employee share incentive trust to provide financing for an incentive scheme. Spur had claimed the amount paid as a deduction in the determination of its taxable income, and, in accordance with the provisions of section 23H of the Income Tax Act, had claimed the deduction evenly over a period of 84 months between 2005 and 2011, based on the requirements of the incentive scheme, which locked the participating employees in for a period of seven years.

SARS instituted an audit of the 2011 return and considered that the payment was not deductible. The audit was then extended to the earlier years in which the deduction had been claimed and SARS issued additional assessments on 28 July 2015 disallowing the deductions over the years concerned.

SARS posed the following questions too and outcomes derived there from:

A negative response in the 2006 return of income to the question “Were any deductions limited in terms of section 23H?”; and

Spur’s response was that the errors referred to were negligently or inadvertently made.

It argued that the errors did not in any way affect the original assessments and that SARS had not established that these errors led to its failure to have assessed what it considered to be the correct amount of tax within the prescribed three-year period.

The SCA gave this explanation in the judgement:

“Spur’s assertion that the wrong entries in the tax returns were negligent and inadvertent is patently false. Central to this entire dispute is the contribution of R48 million that Spur made to the trust in 2005. The answer ‘no’ to the question whether any contribution was made to a trust or whether the company was party to the formation of a trust, is, in my view, plainly false and a misrepresentation. These were questions pertinently, and for tax purposes, seriously raised. It required specific attention and an honest answer. Strikingly, the answers were repeated.”

“In each of the 2005 to 2009 years of assessments, deductions claimed by Spur were in fact limited in terms of s 23H of the ITA. It simply boggles the mind that Spur answered ‘no’ to the relevant question for each and every subsequent year from 2005 to 2009. Moreover, Spur’s failure to include the said amounts in a separate line item which specifically required a disclosure of deductions limited by s 23H, and their inclusion in a general line item, amounts in my view, to a deliberate misrepresentation and a non-disclosure of material facts. It simply could not, by any stretch of imagination, be ascribed to any inadvertent error.”

The explanation by Spur that the errors were occasioned by the employment of a new accountant who was unfamiliar with the company was also rejected by reason that the Public Officer was the CEO and she had certified the correctness of the information in the returns.

Spur also argued that the annual financial statements which form part of the return reflected the true information and that SARS could at any time have established this information. Again, this argument was rejected:

“Spur’s further argument that the Commissioner had all the relevant and correct facts at his or her disposal because Spur’s annual financial statements were submitted together with the tax returns, and that the correct information could be distilled from them, is unhelpful. The mere fact that an astute auditor or assessor could have been able to ascertain from supporting documentation the fact that the return contains a misrepresentation,cannot mean that there is no misrepresentation in the first place.”

The SCA was mindful that SARS must prove that the omissions or misrepresentations caused the relevant amounts not to be assessed within the three-year period. It considered the evidence led by SARS in the Tax Court in
which its witness had described the practice that had prevailed by which information reflected in a manually submitted return was at that time captured into the system by data capturers, after which an assessment was system-generated.

The judgement records that:

“Mr Singh testified that only the tax return, and not any supporting documents or schedules, is taken into account for purposes of issuing an original assessment. Clearly, the integrity of the SARS assessment process depends largely on the correctness of the information provided in the return, and on SARS’ ability to conduct audits of returns in the ensuing three-year period to ensure a proper tax treatment.”

There followed a description of the volume of returns that SARS received and the inability of SARS to inspect each return it received. SARS had therefore developed triggers which enabled it to identify issues that might require a more detailed consideration. These were contained in specific questions in the return. A positive answer considered together with the amount reflected in the appropriate line item would potentially signal the need to obtain clarification regarding that amount.

Based on this evidence, Justice JA Mbha:

“The Commissioner submitted that in the present case a ‘yes’ answer to the s23H question, and to the question whether a contribution was made to a trust, are risk factors which, according to Mr Singh’s testimony, would have triggered a risk alert for SARS at the time when the returns were submitted for the relevant year of assessment. Mr Singh’s evidence makes perfect sense. I am satisfied that a ‘no’ answer to these questions would not, accordingly, have triggered a risk alert for SARS.”

The finding of the court is summarised as follows:

“Spur accepted that false statements were contained in the returns. Against that, it contended that scrutiny of the financial statements and a more alert auditing process would and should have ensured a proper assessment within the prescribed period. It overlooked the face value assessment process understandably undertaken by SARS. Audits are implemented because of triggers caused by specific answers in tax returns. If the questions that would give rise to the triggers are wrongly answered, as happened in this case, the matter may not come before an auditor within the three-year period, and the clarification questions will therefore never be asked.”

It was therefore found that SARS was not precluded from issuing the additional assessments after the expiration of the three-year period.

Extensive and precise attention must be given to annual tax returns by all taxpayers and their professional tax representatives; failure to do so will have SARS knocking on your door even after the 3-year limitation period.