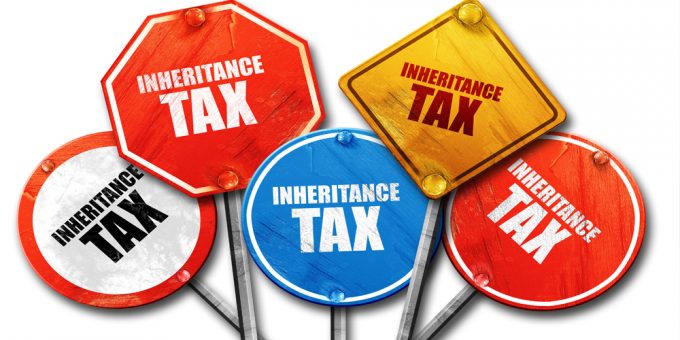 In this article, we discuss the basics of inheritance (bequests) taxes and the associated definitions.

The objective of the GRAP 23 Standard is to prescribe requirements for the financial reporting of revenue arising from NON-EXCHANGE TRANSACTIONS, other than non-exchange transactions that involve a transfer of functions between entities under common control, not under common control or a merger. This Standard deals with issues that need to be considered in recognising and measuring revenue from non-exchange transactions, including the identification of contributions from owners.

While revenues received by entities arise from exchange and non-exchange transactions, the majority of revenue of entities is typically derived from non-exchange transactions such as:
(a) taxes; and
(b) transfers (whether cash or non-cash), including grants, debt forgiveness, fines, bequests, gifts, donations, goods and services in-kind and concessionary loans received.

Revenue from a non-exchange transaction are measured at the amount of the increase in net assets recognised by the entity. An entity must recognise an asset in respect of taxes when the taxable event occurs and the asset recognition criteria are met.

Exchange transactions are transactions in which one entity receives assets or services, or has liabilities extinguished, and directly gives approximately equal value (primarily in the form of cash, goods, services, or use of assets) to another entity in exchange.

A bequest is a transfer made according to the provisions of a deceased person’s will to an entity such as a person, persons or company or combinations thereof. Bequests that satisfy the definition of an asset are recognised as assets and revenue when it is probable that the future economic benefits or service potential will flow to the entity, and the fair value of the assets can be measured reliably.

Determining the probability of an inflow of future economic benefits or service potential may be problematic if a period of time elapses between the death of the testator and the entity receiving any assets.

Bequests are measured at the fair value of the resources received or receivable. The fair value of bequeathed assets is determined in the same manner as for gifts and donations.

What is inheritance tax in South Africa?

Inheritance tax is a tax payable by a person who inherits assets, for instance, money or property, from a person who has died.

South Africa’s inheritance laws apply to every person who is the owner of property in the country.

The three main laws with regard to inheritances in South Africa are:

Inheritance tax is made up of the following taxes –

Who is obliged to pay inheritance tax in South Africa?

Although a beneficiary does not have to pay inheritance tax on what he or she inherits, inheritance tax applies to the estate of a deceased person, commonly known as a ‘deceased estate,’ in the form of ESTATE DUTY.

SARS describes the purpose of estate duty as, ‘… to tax the transfer of wealth (assets) from the deceased estate to the beneficiaries.’

Estate duty is regulated according to the Estate Duty Act (Act 45 of 1955).

Estate duty is a tax payable on the ‘dutiable estate’ (taxable amount) of a deceased estate and is charged at:

Currently, a primary abatement of R3.5 million is allowed and any bequest made to a spouse is not subject to estate duty. When the surviving spouse dies, the non-utilized primary abatement is carried over, implying that an amount of R7 million of the deceased estate is then not taxable.

The dutiable estate comprises all the property (assets and liabilities) of a deceased person, less any deductions allowed.

Assets in an estate can include, inter alia, a house, vehicles, furniture, cash, and shares in companies. Examples of liabilities are mortgage bonds, loans, and tax payable to SARS.

Allowable deductions provided for in section 4 and 4A of the Estate Duty Act, to reduce the dutiable estate are administration costs, liabilities, funeral, tombstone and death-bed expenses, property transferred to a surviving spouse, debts, assets inherited by the surviving spouse, and bequests made to qualifying public benefit organisations (PBOs).

Funds held in any retirement fund, such as a retirement annuity, pension fund, provident fund, or living annuity are not considered ‘property’ by SARS and are therefore not subjected to estate duty.

When the final figure of estate duty is determined, it is usually the responsibility of the executor of the deceased estate to pay the tax over to SARS before the remaining funds are paid to the beneficiaries.

Double taxation may arise if the same assets of the deceased person are subject to Estate Duty in South Africa as well as the equivalent thereof in the foreign country. South Africa has entered into Estate Duty agreements, to avoid double taxation on Estate Duty, with the following countries: The United States of America, the United Kingdom, Zimbabwe and the BLS Countries (Botswana, Lesotho, Swaziland – now Eswatini).

Inheritance tax is payable within one year from the date of death, or 30 days from date of assessment if you complete the assessment within one year of the death date. If you don’t meet these deadlines, an interest rate of 6% on late payments may be charged.