Corporate tax, as with personal income tax, can often be a controversial but very interesting topic.

The Organisation for Economic Co-operation and Development (OECD) frequently releases publications for all industry sectors world-wide. This organisation was created in 1961 and is based on Paris, France and South Africa is a member nation.

The OECD Organisation provides very similar statistical elements to Statistics SA (STATSSA) on a regular basis. Such statistics may be found on http://www.oecd.org/southafrica/.

In January 2019, the OECD released their first edition report of Corporate Tax Statistics. This report provides numeric and infographics of corporate tax statistics for 94 countries around the world. Corporate effective average tax rates ranges from as high as 44% (India) to as low as 0% (British Virgin Islands) whereas South Africa has a rate of 28% and the USA a rate of 34%.

Sources: OECD.ORG, who owns the copyright for the report in its entirety. 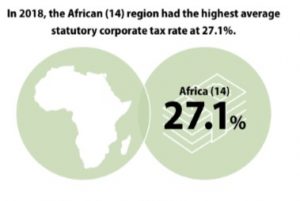 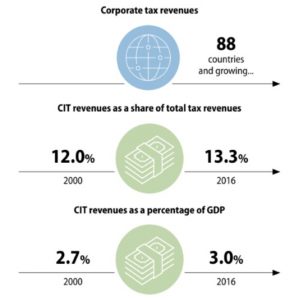