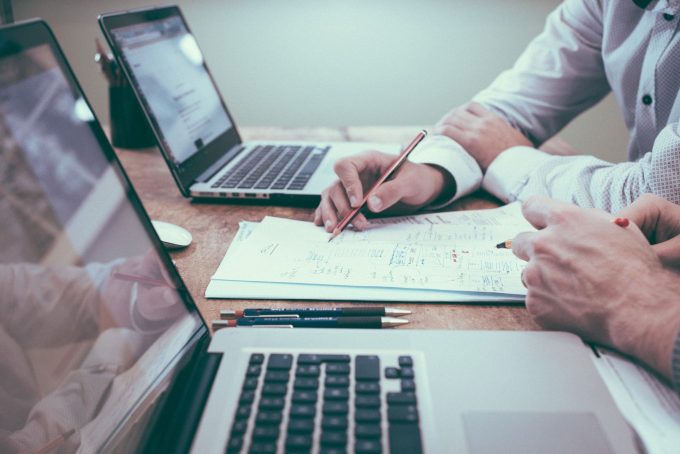 In this article, we summarise the outcome of a recent OECD meeting detailing planned changes to international tax law for multi-national corporations. In essence, tax havens will become a thing of the past within the next 2 years.

As of 9 July, 132 countries and jurisdictions of the G20/Organisation for Economic Co-operation and Development/G20 (OECD) committee for Inclusive Framework on Base Erosion and Profit Shifting (BEPS) signed a new two-pillar plan to reform international taxation rules and ensure that multinational enterprises pay a fair share of tax wherever they operate.

These countries, representing more than 90% of global GDP, signed the “Statement” establishing a new framework for international tax reform. A small group of the Inclusive Framework’s 139 members have not yet signed the Statement at this time. The remaining elements of the framework, including the implementation plan, will be finalised in October 2021.

Corporate tax revenue in South Africa’s Treasury Department’s 2020/2021 fiscal year budget accounts for 16% of total revenue collection. Given that this figure is higher than many other countries the ability of corporations to find and use innovative solutions to avoiding tax contributions is of interest to governmental authorities in South Africa and internationally too.

The Statement is based on a two-pillar package.

Pillar One aims to ensure a fairer distribution of profits and taxing rights among countries with respect to the largest MNEs, which are the overall winners of globalisation.

Pillar Two seeks to implement a base corporate income tax through the introduction of a global minimum corporate tax that countries can use to protect their tax bases. Pillar Two does not eliminate tax competition, but it does set multilaterally agreed limitations on it.

The agreement will bring much needed tax revenue. Under Pillar One, taxing rights on more than USD 100 billion of profit are expected to be reallocated to market jurisdictions each year. With respect to Pillar Two, the global minimum tax rate of at least 15% is estimated to generate around USD 150 billion in new tax revenues globally per year. Additional benefits will also arise from the stabilisation of the international tax system and the increased tax certainty for taxpayers and tax administrations.

The two-pillar solution contains a number of points on which Inclusive Framework members must still agree details. In addition, a small number of Inclusive Framework members have not signed these proposals. The detail will be finalised in October 2021, complete with an implementation plan to develop model legislation, guidance and a multilateral treaty in 2022, with implementation from 2023.

The existing international tax rules are based on agreements made in the 1920s and are enshrined in the global network of bilateral tax treaties.

There are two problems:

The first is that the existing rules provide that the profits of a foreign company can only be taxed in another country where the foreign company has a physical presence. One hundred years ago, when business revolved around factories, warehouses and physical goods, this made perfect sense. But in today’s digital world, MNEs often conduct large-scale business in a jurisdiction with little or no physical presence there.

The second problem is that most countries only tax domestic business income of their MNEs, but not foreign income, on the assumption that foreign business profits will be taxed where they are earned.

The growth of intangibles, such as brands, copyright and patents, and companies’ ability to shift profits to jurisdictions that impose little or no tax, means that MNE profits often escape taxation. This is further complicated by the fact that many jurisdictions are engaged in tax competition by offering reduced taxation – and often zero taxation – to attract foreign direct investment.

The OECD estimates corporate tax avoidance costs anywhere from USD 100-240 billion annually, or from 4-10% of global corporate income tax revenues. Developing countries are disproportionately affected because they tend to rely more heavily on corporate income taxes than advanced economies. Countries’ inability to tax MNE profits have given rise to unilateral measures at the national level, such as Digital Services Taxes (DSTs), and the prospect of retaliatory tariffs between countries.

How will developing countries benefit?

Pillar One gives developing countries the right to tax major MNEs on the income they earn from the users and customers located in those countries. The OECD estimates that on average, low, middle and high-income countries would all experience revenue gains, but these gains would be expected to be larger (as a share of current corporate income tax revenues) among low income jurisdictions. Also, the rules are expressly designed so that the new right to tax applies more easily in smaller countries.

Is this the end of tax havens?

Tax havens have thrived over the years by offering secrecy (banking) and shell companies (where the company doesn’t need to have any employees or activity in the jurisdiction) and no or low tax on profits in the tax haven.

The BEPS Project requires that companies must have a minimum level of substance to put an end to shell companies along with important transparency rules so that tax administrations can apply their tax rules effectively.

Pillar Two will ensure that those companies would pay at least 15% tax on their profits. The cumulative impact of these initiatives means that the “tax haven” as people think of them would no longer exist.

It is time that massive multi-national corporations begin paying greater levels of income tax; their profits are disproportionally massive compared to taxes they pay even if they are currently doing so within allowable (but outdated) income tax law mechanisms.