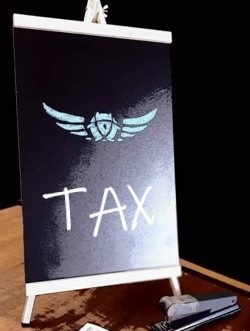 Until 29 February 2020, foreign employment income earned by a South African tax resident will be exempt in the resident’s hands to the extent that the person meets the requirements of s10(1)(o)(ii). From 1 March 2020 onwards, only the first R1 million of such foreign employment income earned will be exempt in terms of s10(1)(o)(ii).

Under current tax law (applicable up to 28 February 2020), South African tax residents working abroad are entitled to a tax exemption from income earned abroad, provided that they’re physically outside of South Africa for 183 days in aggregate during any 12-month period and, during that 183-day period outside South Africa, at least 60 days must be continuously spent outside SA.

Where both these requirements are met, South African tax residents can claim a tax exemption from the income that relates to employment services rendered outside of SA. The concept of employment is important, as the current and impending law only applies where the foreign remuneration is earned within an employment context, irrespective of whether the employment relationship is with a South African or foreign employer – this means that an individual who is in an independent contractor relationship cannot take advantage of the applicable tax exemption.

Effective from 1 March 2020, only the first R1million earned from foreign service income will be exempt from tax in South Africa, provided that more than 183 days are spent outside SA in any 12-month period and, during the 183-day period, 60 days are continuously spent outside SA.

This practically means that any foreign service income above the first R1million will be taxed in South Africa at the relevant tax resident’s marginal tax rate.

The impending changes only apply to a person who is a South African tax ‘resident’ working abroad and earning foreign income.

If a person were to emigrate an ‘exit charge’ under section 9H of the Income Tax Act 58 of 1962 is applicable, based on the market value of worldwide assets held at that point, excluding fixed property in South Africa held in a personal capacity. This effectively means a capital gains tax charge at a maximum effective rate of 18%, with the individual not necessarily having the required cash flow to settle the exit charge.

Depending on specific facts and circumstances, certain individuals may find themselves in a position where tax residency has already ceased, meaning that the affected individual carries an embedded capital gains tax liability which may require an application to SARS under the voluntary disclosure programme in order to regularise historical non-compliance.

“Expatriate Tax: South African Citizens Working Abroad and Foreigners in South Africa” is an invaluable document published by SARS too.